It is said that air has weight and takes up space. When in reality; pressure burst pipes and affects our daily lives. We may not realize it, and we can not always feel it with our senses if the air surrounds the pipe. People matters has matter takes up space but air occupies space for it is only there for a while until it changes. Not everything is still around you but when the water bill press down around your wind pipe; its who feels it, knows it. I have been feeling air pressure from: “mi likkle an a grow”, Sometimes it’s like driving on the highway and feeling the air pressure around the vehicle, bus, cars and jeeps.

The worst thing about air and pressure is that, it is invisible. How can you agree or disagree with things that you cannot see?. Like, someone stomach gas moving through the night and gasping through the wind with no mercy and pressing down its weight and taking up emptiness and punching in all directions and becoming air pressure.

Contingency air quality matter. In science, the standard definition of matter has air which must have mass and it must take up space. When the rain meets the ground and the hot air starts to rise, the smell of soil hits the senses to say it is raining, so you may be wondering about its status. Matter is physical material, and it is the fundamental element in all of us, all of life and the universe, the air below the solid paper in the glass became mass and began to take up the physical space below liquid particles in osmosis and diffusion and so anything that exist and takes up space is matter.

Human being exists and takes up space too, but such is the air pressure around us waiting to burst out and to feet on what ever it can take with it. Do you believe that air feeds since living matter needs to produce energy to stay alive, if so what is keeping our air alive like an atom on the chain.

The air components makes air matter. One way to prove that air is made of matter is to blow up a balloon. Before you add air into the balloon, it is empty and shapeless. The point is, the air occupies the space in the balloon for a while but takes up space if air pressure is not released back in to the atmosphere where it belongs and so the air mass released creates weight building the pressure has it finds a different direction. Air is quite important matter, in fact, The matter in the air is what supports the enormous weight of a plane. Air is mostly consist of nitrogen and oxygen, with smaller amounts of several other gases, including argon, carbon dioxide, and neon. This made it evident for you to see the water vapor pushing from below the glass and making a bubble sound like air pockets in clay, because it is in the gaseous form

The significance of the air pressure. Air can also be referred to has gas, because of the different matter in the atmosphere existing as atoms and particles in Brownian motion and other scientific evidence of observation. These forms can be solids and liquids. Therefor gas is a form of matter that can change its shape as you would realize in the experiment that air traps below the paper was trying to escape has it enters the water. This was so because many types of gases where mixed and trap in the glass, the types that makes clean air, it just wanted to fill a larger volume like how a sculpture would be made.

The inconsistency in air pressure. The air moves from one place to another and the density of air depends on temperature and altitude. At the sea level, there is a large column of air pushing down on the surface, compressing the gas at the bottom and giving it a higher density and pressure. its like diving into a pool and feeling the pressure increase as you go deeper into the water, except liquids water does not compress nearly as readily as gaseous air.

Quality air pressure improve the clean air we breathe. Using human sense is not a definitive test for weather something is matter or not. You can see light but yet still it is energy and not matter. Air is what is causing its own pollution; not the human beings.

Choose one of the following assessments. Once done upload for discussion in the classroom. 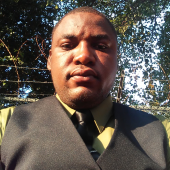 Protected: PRINCIPLES OF USING GAMES AND COMPETITION IN THE CLASSROOM